A total of 93 Joo Kodit rental apartments will be completed in the Jyväskylän Tulisydän apartment block in late summer 2023. 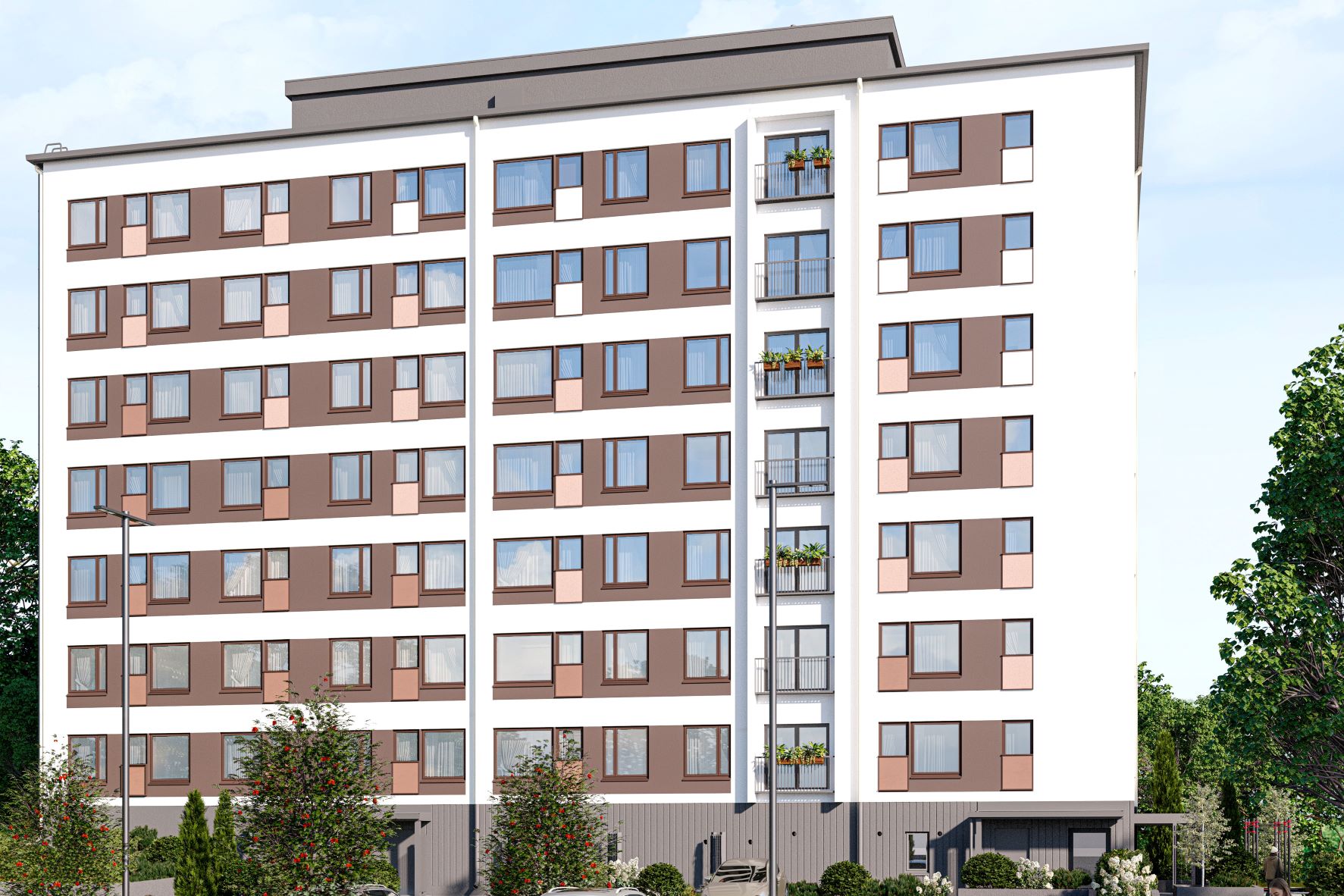 The construction of a new apartment building, which has the highest energy rating A, has started in the Kangasvuori neighbourhood of Jyväskylä. The apartment block, called Jyväskylän Tulisydän, will host a total of 93 Joo Kodit rental apartments. It will be constructed by Pohjola Rakennus and completed in late summer 2023. The rental homes will vary from studios to three bedroom apartments.

The heating system of the Tulisydän apartment block will utilise geothermal energy, and solar panels will be constructed on the roof. Ecological concerns have also been taken into account when planning the future residents’ mobility, says the Head of Sustainability of Joo Kodit, Antti Niskanen.

– The requirements for quality housing change all the time, but we already try to pre-empt future needs by equipping all our parking spaces with charging points for electric cars – on sunny days, you can even charge your car with the building’s own solar electricity! Niskanen says.

The project director of Pohjola Rakennus, Veli-Pekka Into, speaks highly of the partnership with Asuntoyhtymä.

– Negotiations for the Tulisydän deal were fast and efficient. The collaboration has been an overall success, Into says.

The new rental apartments will be built in a prime location with excellent transport connections. The largest shopping centre of Central Finland, completed only two years ago, is just over 500 metres away, and outdoor and recreational areas nearby are ideal for jogging and cross-country skiing.

The eight-storey apartment block will boast impressive views all the way to the centre of Jyväskylä. The amenities of the city centre are currently three kilometres away, but as the centre expands with the construction of the new Kangas neighbourhood in the next decade, they will soon be even closer.

The new Lamminrahka neighbourhood combines the best of Kangasala and Tampere

The Joo Kodit apartment blocks are some of the neighbourhood’s very first construction projects.

The new apartment complexes will produce solar electricity and use a geothermal heating system for both heating and cooling.

The Joo Hetki neighbourhood café is just one of the many ways in which Joo Kodit is reinventing rental living.